Ira Slavit’s article “The United States vs. Billie Holiday—The Government’s Crusade Against Billie Holiday and ‘Strange Fruit’” was published in the July/August 2021 issue of Nassau Lawyer. In the article, Mr. Slavit examines the Federal Bureau of Investigation’s harassment of jazz singer Billie Holiday and its efforts to stop her from singing the controversial song “Strange Fruit.” The song described the Black lynching victims hanging from a tree. The FBI also knew Ms. Holiday was a heroin addict and would the strict anti-drug laws at the time to have her incarcerated.

Click here to read the article.… Read the rest

Firm Partner Ira Slavit recently appeared on the BronxNetTV show OPEN to discuss how unsafe roads contribute to the deaths of Black drivers. He noted that more people of color were killed behind the wheel during the pandemic, although there were fewer people driving. He also provided advice to those whose loved ones were killed in accidents and told viewers what they should and should not do at the scene of an accident. To view the segment, watch the video below: … Read the rest

In a mandate issued by the National Highway Traffic Safety Administration (NHTSA), manufacturers of self-driving cars will be required to report all crashes of those vehicles within 24 hours of them happening. This action comes after a series of high-profile accidents involving self-driving cars, some of which have resulted in injury or death. This is meant to make the process more transparent, as numerous manufacturers are trying to move towards self-driven vehicles.… Read the rest

The New York Appellate Division, First Department, has ruled that Travellers, the major insurance company, must defend New York City in a personal injury suit that was brought against it. Travellers had been trying to avoid being entangled in the case, saying that they had no responsibility to defend the city in the suit. However, the court ruled that the contractor’s insurance policy also covered the City, meaning the insurer must defend the City in court.… Read the rest 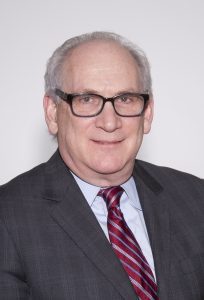 According to the National Highway Traffic Safety Administration (NHTSA), of the 38,680 people who were killed in crashes last year, 7,494 were Black. Even though total overall deaths were up 7% … Read the rest