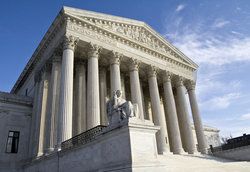 The term “damages” refers to the monetary award granted to victims of injury as compensation for their losses and expenses. There are two basic types of damages: compensatory and punitive. Compensatory damages are the most commonly awarded type of damages; this represents the compensation that the defendant must pay to the plaintiff to cover demonstrable losses and expenses, such as medical bills, lost wages, and pain and suffering. Punitive damages, on the other hand, are awarded quite rarely. As the personal injury attorneys of Levine & Slavit tell clients of our firm in Long Island, punitive damages should not be expected in most personal injury cases.

If you or a member of your family has been injured due to someone else’s negligent or deliberately wrongful actions, we can explain to you the damages to which you may be entitled during your case evaluation.

What Are Punitive Damages?

Punitive damages are damages awarded primarily to penalize the defendant rather than to compensate the injured plaintiff. They are awarded only in cases arising from extremely and egregiously negligent or deliberately malicious actions on the part of the defendant. In addition to punishing the defendant, punitive damages are generally awarded to discourage similarly harmful behavior among people who find themselves in whatever situation resulted in the injury.

Punitive damages are always awarded in addition to compensatory damages, which are intended to cover such losses and expenses as:

It might be helpful for you to think of punitive damages as the civil litigation equivalent of the fines assessed in criminal courts.

Why Punitive Damages Are So Rarely Awarded

In order to secure punitive damages in the state of New York, our personal injury and car accident attorneys must be able to present evidence that the defendant not only acted with intentional malice, but malice that demonstrates “such wanton dishonesty as to imply a criminal indifference to civil obligations.” This is a higher standard than many other states impose for the awarding of punitive damages.

To learn more about punitive damages, or to schedule your case evaluation, we urge you to contact the personal injury law firm of Levine & Slavit today.