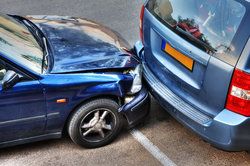 When you get in the car, you probably assume that any dangers you might face are out on the road. You wouldn’t think that the most risky aspect of your travels could be right there in your own vehicle. Unfortunately, defective seat belts and airbags can pose a huge danger to you and your family, and in some cases, they could make the consequences of a car accident even more severe. Vehicle manufacturers have a responsibility to protect consumers through careful construction and monitoring of auto safety features. If you or a loved one has been injured because of a defective seat belt or airbag, you may be entitled to significant financial compensation. Long Island personal injury attorney Ira Slavit represents those who have been injured as a result of defective airbags and seatbelts.

The Dangers of Defective Seat Belts

There is no doubt that seatbelts are an essential part of auto safety. According to 2002 data from the Naval Safety Center, nearly 60% of those killed in car accidents were not wearing seatbelts at the time of the crash. However, on rare but tragic occasions, defective seat belts can fail to provide adequate protection.

When Airbags Pose a Risk

Airbags are another invaluable safety feature that can cause serious harm when they are improperly designed, manufactured, or installed. Alarmingly, airbags may pose a greater risk than most people think. The National Highway Transportation and Safety Administration reported 238 deaths caused by airbags between 1990 and 2002. All of these deaths occurred in low-speed crashes, making it apparent that the airbag was responsible for the deaths. Mary C. Meyer, a statistician at the University of Georgia, points out that there is probably a much higher rate of airbag-related deaths, but because these occur in high-speed crashes, the fatalities are attributed to the impact of the collision.

Some of the most common airbag defects include:

Such defects can lead to broken bones, eye trauma, blindness, whiplash, neck or back injuries, severe head trauma, and even death.

What You Can Do

If a defective seat belt or airbag has resulted in serious harm to you or your loved one, an experienced defective products lawyer can help you get the financial compensation you deserve. Contact attorney Ira Slavit to learn more about defective products cases and to obtain an initial consultation.