With automobiles being the most popular form of transportation, the United States experiences approximately 6 million car accidents a year.  Almost half of these accidents result in injuries to one or more of the occupants of the vehicles.  While we hope you are never involved in a motor vehicle accident, knowing what to do in the situation could be the key to receiving the compensation you deserve.… Read the rest 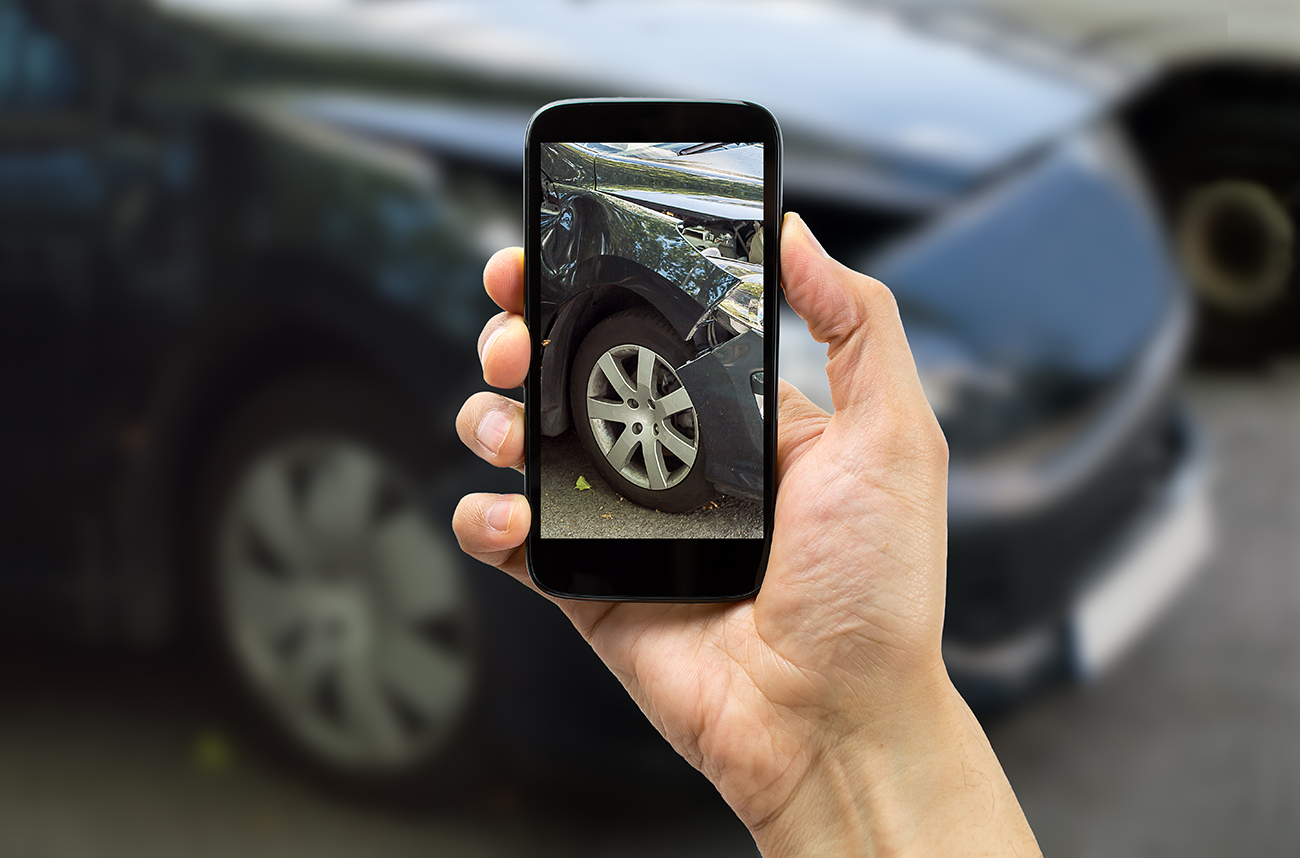 With cell phones being available at a moment’s notice, they may be one of the most valuable ways to gather evidence for your personal injury claim. Capturing pictures of your accident can help provide an indication as to who was at fault, preserve and document evidence, and show damages as they were at the time of the accident. While physical evidence of an accident is always the preferred method, if you do not have access or cannot preserve it, taking a picture on your cell phone may be the next best alternative.

When involved in an accident, it is first … Read the rest

In this day and age, cell phones have become indispensable for most people.  With any device which has batteries and a charging apparatus, there are product defects that can possibly cause personal injury.  There have been cases of cell phones exploding while charging, shocking users, and most recently, causing second-degree burns.

Many cases have involved a defective battery.  A college student at the University of Guelph in Canada was sleeping when her smartphone exploded, catching fire.  Her phone was not charging at the time, and the cell phone company claims the battery was not the genuine one sold with … Read the rest

Section 1225-c(2a) of New York’s Vehicle and Traffic Law prohibits operating a motor vehicle upon a public highway while using a mobile telephone to engage in a call while such vehicle is in motion without a hands-free device. In The People v. Andrew Welch, the defendant was charged with violating VTL § 1225-c. At trial, the police officer testified that he observed the defendant behind the wheel of a 2010 Audi that drove past him. Per the officer’s testimony, defendant had a cell phone in his hand which he held close to his chin, and was talking into it. … Read the rest

Effective immediately, it is a primary traffic offense for drivers to use handheld electronic devices for activities such as texting while a vehicle is in motion, thereby giving law enforcement the power to stop drivers solely for engaging in this activity. Before this law, it was illegal for drivers to use handheld electronic devices while their vehicle was in motion, but it was a secondary traffic offense — meaning a driver had to be stopped for another violation in order to receive a ticket. The monetary penalty for a violation of this law continues to be a fine of up … Read the rest

Last Friday, June 3, Maine Governor Paul LePage signed a new law that prohibits texting behind the wheel. Under the new law, which takes effect in September 2011, violators will face a minimum fine of $100. The new law is designed to strengthen a 2009 Maine law that more generally prohibited distracted driving but was felt not insufficient to deal with the huge safety risk of texting while driving. In Nevada, a bill that bans any non-hands-free use of a cell phone while driving passed through the State Senate and Assembly on June 4th and is now awaiting the governor’s … Read the rest

The results were reported by state, age and sex. Some specific questions involving safe following distances and yellow lights posed particular difficulty. Seventy-three percent of drivers could not properly … Read the rest

Nearly 6,000 people were killed and a half-million were injured in vehicle crashes in 2008 connected to driver distraction, including texting, according to the U.S. Department of Transportation. Presently, 25 states make it unlawful to text message while driving, with Wisconsin’s law just signed by the governor.

New York is another of the 25 states, pursuant to section 1225-d of the Vehicle and Traffic Law, which became effective November 1, 2009. Using a cell phone while driving a vehicle that is in motion has been illegal in New York since December 1, 2001 (VTL 1225-c).

Although the result of texting … Read the rest

Cell phones are known to distract motor vehicle drivers to the point that their safety is jeopardized and an accident may occur. But what about whether cell phones might also distract child pedestrians? A study of effect of cell phone use on pediatric pedestrian injury risk suggests that cell phones distract pre-adolescent children while crossing streets. While distracted, children were less attentive to traffic; left less safe time between their crossing and the next arriving vehicle; experienced more collisions and close calls with oncoming traffic; and waited longer before beginning to cross the street.